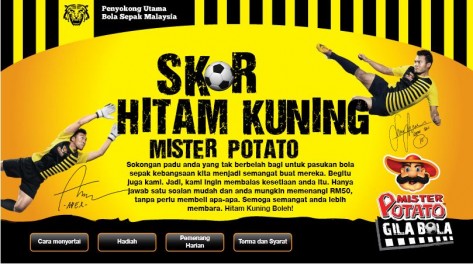 This is the first Facebook-based contest that we developed for Mister Potato – the rest had been done outside of FB. Continuing on their foray with football, this contest was run in support of the Malaysian national team. It was initially developed as a multi-language website where the user could toggle between the languages, but it was finally released as a single language website in Malay. The questions on the site would automatically change depending on the contest week, and it also featured a winner selection mechanism.